~ The tragedy of Emil’s passing ~

When I wrote the text ”That which was not supposed to happen” in September 2021, I shared about Maria’s difficult period of illness (aggressive breast cancer) and that she was also pregnant with our son Emil. Eight years before Maria became pregnant with him, he started talking to us through Maria from the higher dimensions, to prepare us for his arrival. He told us that he would come to Earth with an extremely high frequency light energy, to contribute to the energy raising on Earth. But tragically, he did not survive the pregnancy. His heart stopped beating after half the pregnancy, and Maria had to give birth to his body in a traumatic and heartbreaking delivery.

When writing about Emil I received a message from him (the first time for me personally). He wanted me to insert a picture of the casting of his handprints and footprints, that the hospital staff created for us after Maria had delivered his body. Then this message came through:

”I was not able to stay and live in the heavy energy reality on Earth, the energy raising had not reached a sufficiently high level. The energy level was simply not compatible with my energy yet. But despite that, I left my physical imprints with you on Earth. By inserting the image of them in the text, you also spread my energies through the image. In that way, I have made an important imprint in your physical reality, and it is my contribution to the energy raising that is now taking place on Earth. The image is a direct channel to me and the high energy level I represent. I have waited a long time to be able to reach out with my energies, to you on Earth which I now get the opportunity to do. It is part of the rebirth of the Mother Earth network and the energy raising on Earth, so this is a Day of Joy for me, and for us in the higher dimensions”.

I can feel Emil’s high frequency energies, his enthusiasm and love, and my tears flow. 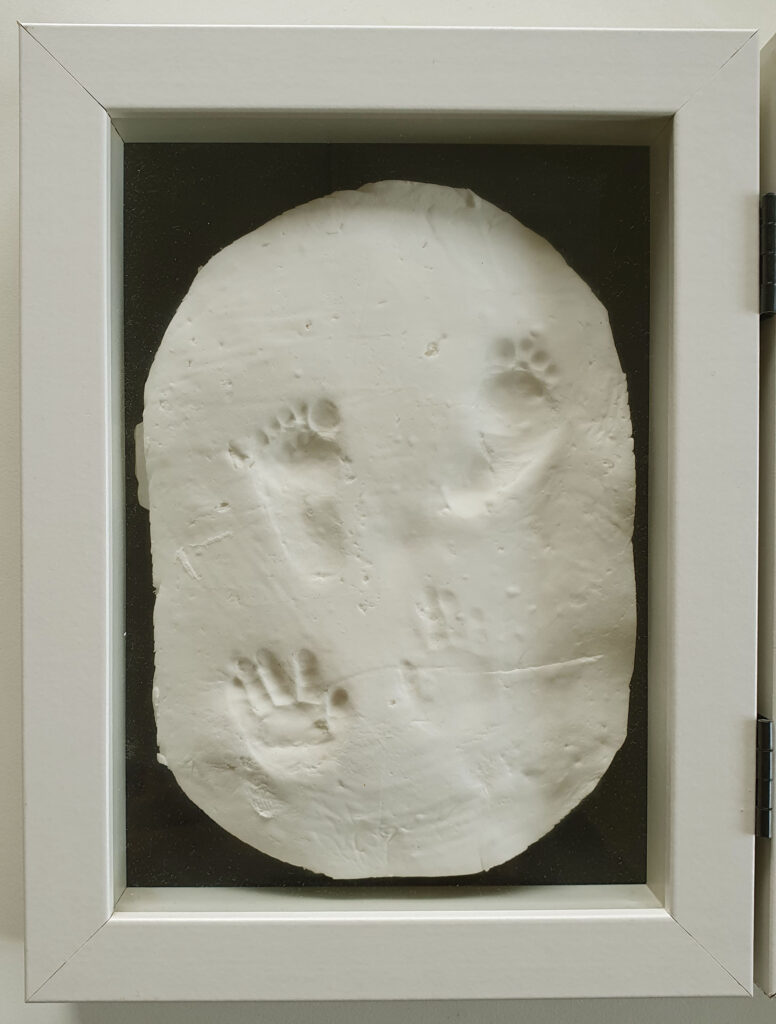 When I later edited the text, Emil wanted to make an addition:

”I am also sending my deepest gratitude to my earthly mother Maria, who chose, on a soul level, to make this great sacrifice in order to bring down my energies to Earth. It’s of great importance that I was actually down to Earth in physical form and made my imprint there. It has to do with the Law of Non-Intervention that you wrote about earlier. Since I have actually been a physical human being on Earth, if only for a short moment, then I have a much greater opportunity, a greater energy mandate, and a much more clear channel, with which to share my energies with you humans on Earth. The picture of my imprints is the energy portal that I’m using.

I want to invite everyone who reads this to take a moment and tune into the picture and my energies, and you will receive an energy transmission from us. As always when it comes to high frequency energies, it is most effective if you are grounded first ”.

At the ceremony when we spread Emil’s ashes in the sea, we played a Swedish song called ”A moment on earth” (by Laleh), and when I wrote about it, Emil played some of the lyrics from it in my head, connected to the message he just conveyed:

I can hardly grasp that Maria chose to go through this traumatic event, on top of all the other traumas she has experienced, in order to spread Emil’s energies on Earth. It’s almost too much to take in! Following Emil’s message, I have asked the guides several times ”Was the main reason why Maria became pregnant with Emil really to spread his energies through this image of his imprint?” and I always get a clear YES as an answer. They say that ”the purpose was to create the portal, but through the image, people get to know about it and can use it in their healing work”. They also added: ”By bringing Emil down into her physical body, Maria also created an energy portal to a higher reality, for humanity to take part of. It’s because she was so deeply grounded that she could take in and harbor a soul with such a extremely high frequency”.

I’m completely speechless. It is completely inconceivable. But at the same time beautiful. Incredibly beautiful. 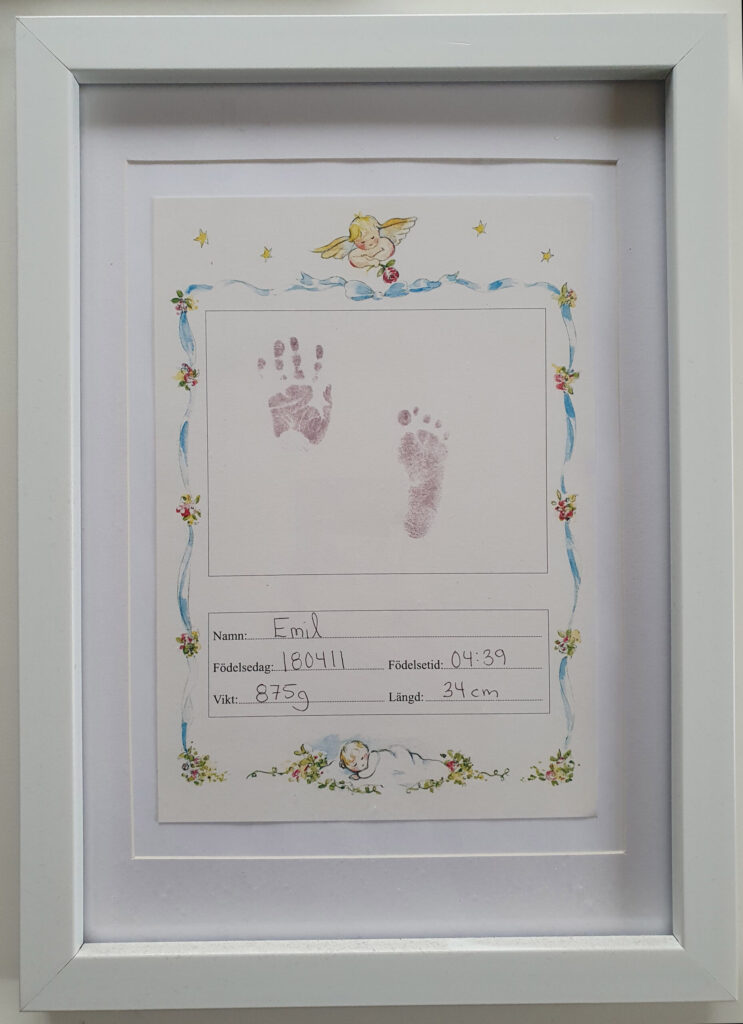 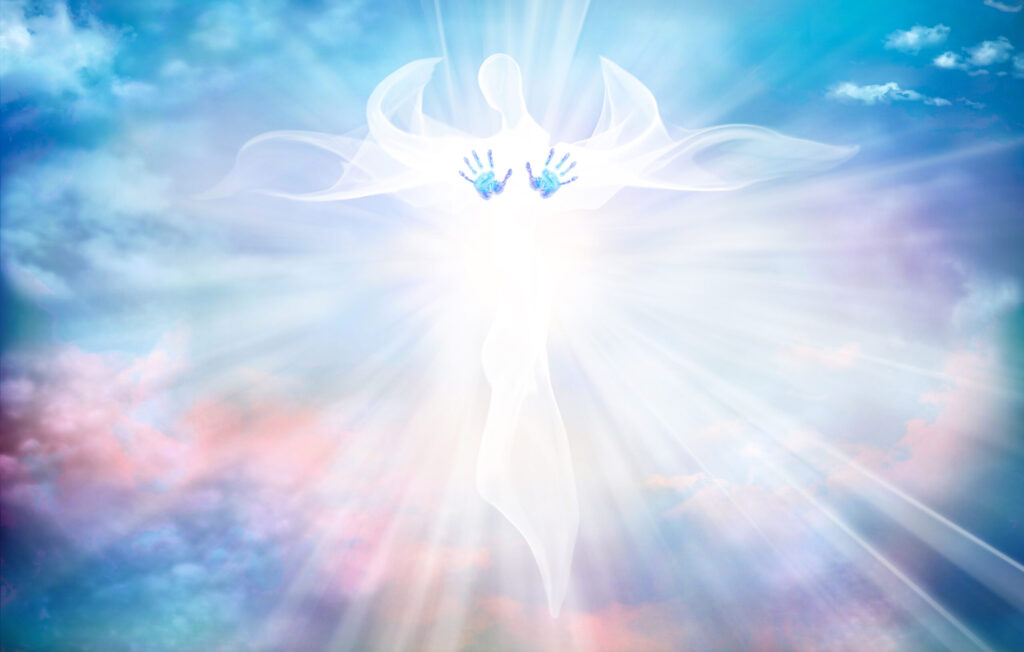 ~ The Swedish Lucia celebration as a ceremony for the Divine Light ~

Today, 13th of December 2021, I watched the traditional Swedish Lucia celebration on TV. Saint Lucia was a Sicilian saint and every year we celebrate her through this ceremony of candles and christmas carols (and a specific song called Sankta Lucia) sung in churches, schools, care homes and so on. When watching it, I had an insight and wrote a post about my experience. I did not know then that I would also receive a greeting from Emil through the Lucia celebration. Here is the post:

”I’ve always liked Lucia, and even as an adult I always tried to get myself to a church to watch the Lucia celebration, without really understanding why. Today I understood.

As I watched the Lucia celebration on TV this morning, I felt the strong divine energies of this ceremony. A spiritual ceremony where a messenger (an ”angel” or a ”light being”) comes down with the Divine Light when everything is seemingly dark and hopeless. Also a symbol for ”The light from the North”.

I also feel that the black horse that Lucia is sitting on symbolizes the grounding base of the Light, which makes the Light pure and balanced, the Highest Divine Light. Even she who leads the horse has a ”grounding base” through her red-black skirt.

We do not have many of those ceremonies left, with true spiritual power in them. The message that was conveyed moved me to tears and it felt more relevant than ever, and I then performed a light ceremony to spread the Divine Light further on Earth. Let us all shine our Divine Light, the Light of Truth, on everything and everyone we come in contact with! The light will triumph in the end! ”

Lucia read a poem with this beautiful message:

”I come when it’s most dark here in the North,
when everything seems dead and frozen on Earth.
You, Eternal Ray, the Sun of Everything,
penetrate our chest where it now feels so cold” 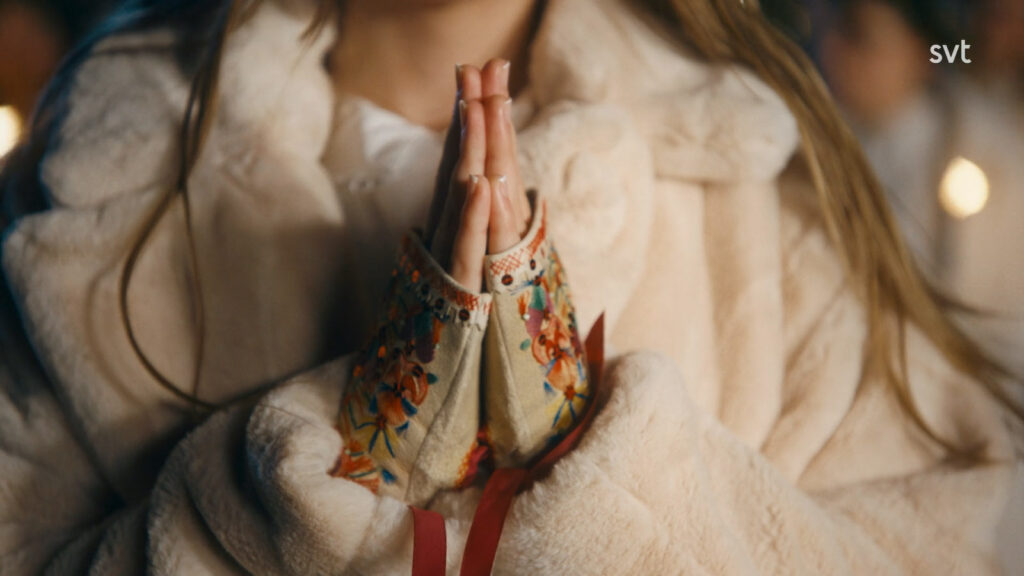 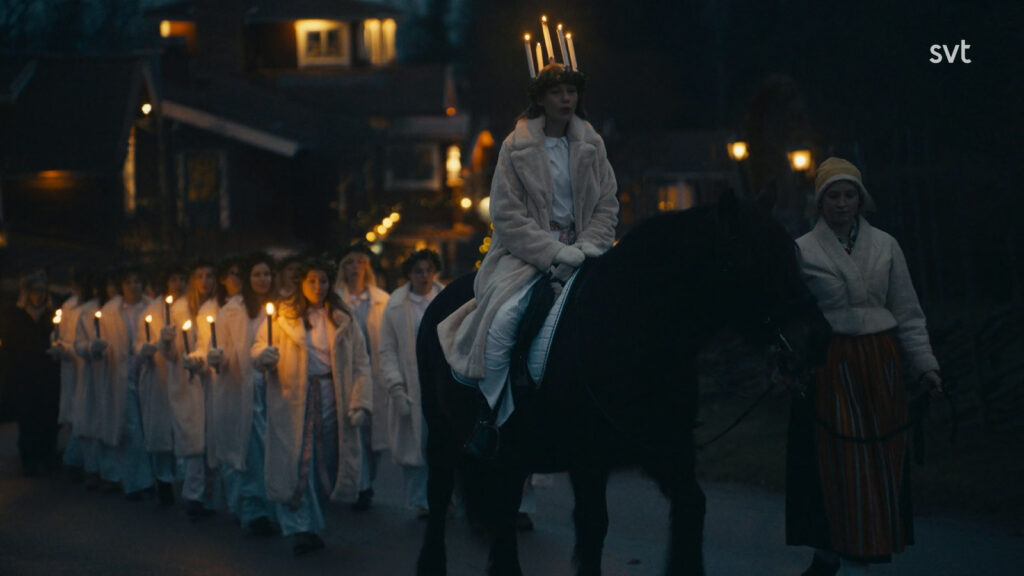 ~ The activation of Emil’s energy portal during the Lucia celebration ~

When I continued watching the Lucia celebration, a strong shiver went through my whole body when I heard that they suddenly started singing ”A moment on Earth”! Emil’s song! I’ve never ever heard it being performed in a Lucia celebration before! The tears welled up when I simultaneously got a revelation about the symbolism of the whole thing. When I had collected myself, I received a message from Emil and his group in the higher dimensions:

”We thought the Lucia celebration would be a fantastic opportunity to sing our praises from us to you. We come to you with a message about the arrival of Light. Through the Lucia celebration we activated the new Light Portal on a higher level, and let an energy wave of Light wash over the Earth. From the portal in the North, the Divine Light flowed over the rest of the Earth in a fantastically beautiful display. This is what you felt intuitively Manne, and we thank you for your sensitivity and participation in the Light Ceremony. As we said before, it is always more powerful when humans on Earth participate in our ceremonies in the higher dimensions. The new Light Portal helps us to spread the Divine Light to you, and it also helps all of you amazing humans who work to spread the Divine Light on Earth.The Light will triumph in the end, and we want to encourage you all to always shine your Divine Light, because you all carry it, in the depths of your hearts ”.

Here are the imprints of Emil, with lyrics from the song, as well as an image of the song being sung in the Lucia celebration.

The next day I left the car for repair and then walked from there by foot. I passed a church and was guided to go inside. They prepared a for Christmas play and I asked if I could stay to watch, and they said yes. All the chairs were placed in a large circle, and I realized that it symbolized an energy portal. So I opened the portal both from Mother Earth from below and from the Divine Light from above. Then in came a large group of preschoolers who sat down and watched the Christmas play about the birth of Jesus. At the end, we all sang a Swedish traditional christmas carol together; ”Lighting thousand Christmas candles”. It became most strong when we sang the lines ”In every heart that’s poor and dark / please send a ray of bliss / A ray of God’s love light”. It gave me strong shivers and I could not hold back the tears. The guides told us that it was a continuation of yesterday’s light ceremony, and that the children’s utterance of these words, and the light that the children consist of, served as an activation of the new ray of Divine Light that we sent out across the Earth together during the Christmas play. 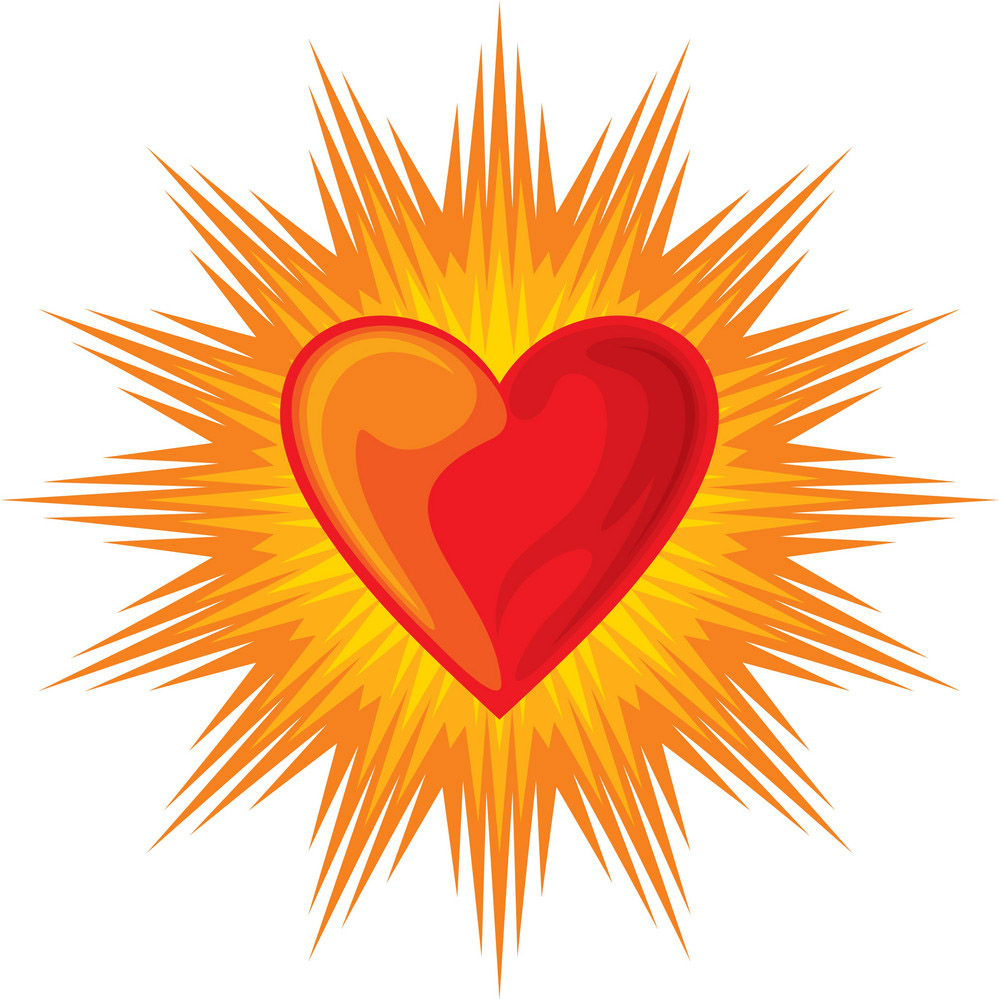